May 26, 2009
I saw this post over at odforce and have been playing with growing objects in a dynamic way ...

It is basically just points scattered in the volume of an object, then a SOP solver is used to increase a points pscale if it is colliding with another point. Metaballs are copied onto the points, converted to polys, then cookied with the original geo (not in the video above though...)

This is the source geo and with the scattered points: 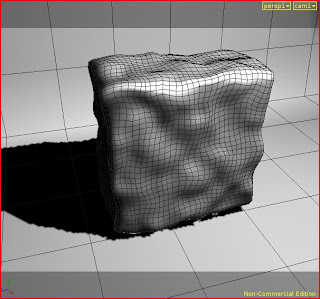 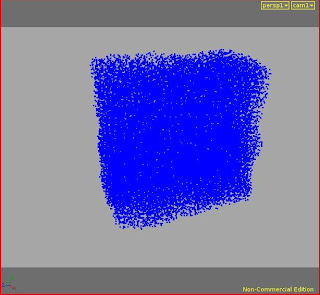 Some attributes are added for the sim: 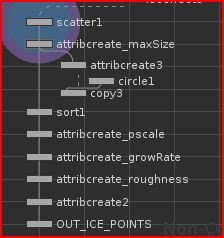 The pscale attribute is set to 0 except for one which is set to maxSize to start the sim going. Roughness starts at 1 and decays when a point has stopped growing, this later is fed into the shader to increase the cone angle on the reflections and refractions...

These points get loaded into a DOP network and then into this SOP solver: 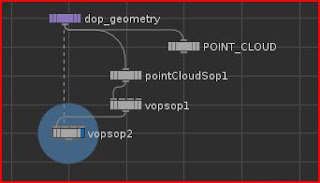 The pointCloudSop is a little VEX script that tests for collisions between points:

vopsop1 adds growRate to pscale if it is colliding, vopsop2 just maintains roughness if the point is growing and decays it otherwise.

After that, the rest of the SOP network just copies metaballs onto the points. I was using the cookie SOP to get the intersection between the original mesh and the metaballs but the cookie sop was a bit unreliable :/